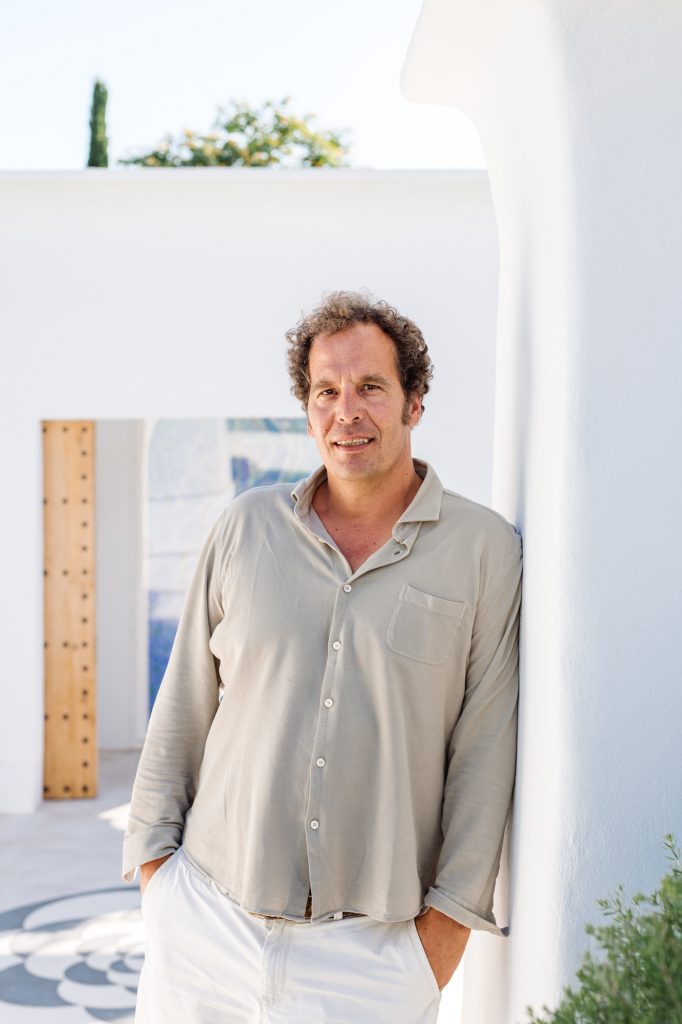 Resort development is in Agustín del Pino’s blood. An entrepreneur originally from Barcelona, he began his career in finance at Merrill Lynch in New York City shortly after completing his Executive MBA at the Instituto de Empresa in Madrid.

Agustín was later the Founding Shareholder of the high-end Cala Conta project, where he was responsible for the Marketing and Sales of a 33-villa community development on the west coast of Ibiza. One of the first Mediterranean hideaways on the island to attract people who favour luxury as much as they do their security and privacy.

He is also an Ibiza devotee, and bought the land for Sabina Estates in 2015 with partners Anton Bilton and Glyn Hirsch. “It was a rare find,” says Agustín. “We’re delighted to have created this beautiful sanctuary for people to enjoy life here in Ibiza.”