On Ibiza, the Sabina project aims to create an exclusive community lifestyle, with custom villas designed by some of the world’s top architects 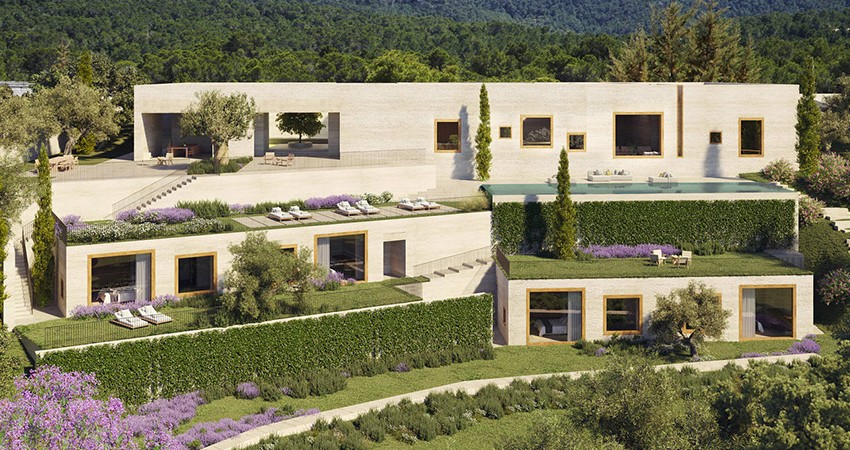 A rendering of a villa designed by U.S. architect Rick Joy. ILLUSTRATION: SABINA

The Spanish island of Ibiza is better known for its flashy party scene than as a haven for refined aesthetics. That could change with a plan to build a collection of cutting-edge homes designed by some of the world’s most noted contemporary architects.

The $400 million project, called Sabina and seen here for the first time, will have 50 houses, planned by 18 architects and designers, on a 42-acre seaside site with a clubhouse, restaurant, night club and spa. Homes in the first phase, nearing completion, are designed mostly by local architects, and priced from $4.5 million to $10 million. It’s the 20 larger estates, not yet built but already designed and expected to cost $9 million to $22 million apiece, that will carry the names of nine big-time architects, including Sir David Chipperfield, Ami Szmelcman and Rick Joy.

“This is the opposite of bling-bling,” says architect Matteo Thun, who is based in Milan and is the former art director for Swatch. He has finished a conceptual design for an 14,000-square-foot, wood and stone, two-villa compound nestled in a hill above Cala Tarida beach. It will have eight bedrooms, two infinity pools, an herbal roof garden and a view of the sea from all rooms. 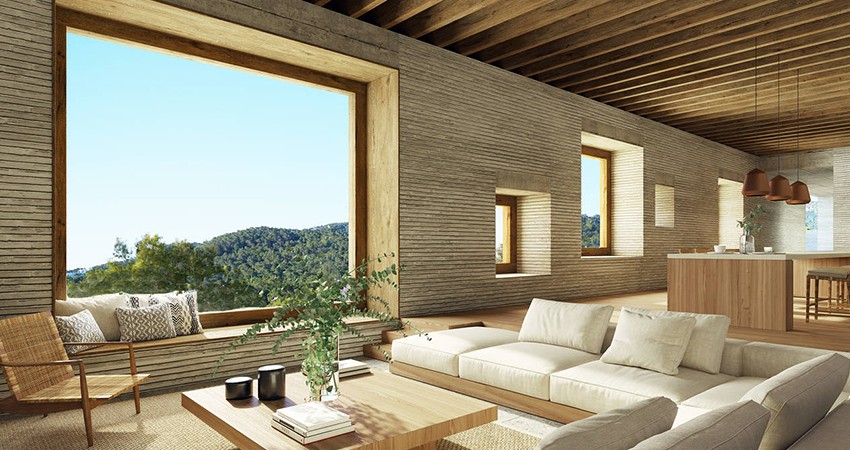 The living room, shown in rendering, of a villa designed by U.S. architect Rick Joy for Sabina. ILLUSTRATION: SABINA

Brazilian architect Marcio Kogan is designing two houses, each 9,700 square feet, that he describes as modern but “warm and cozy,” considering the materials, the floor plans and the blending of outside and inside. Mr. Kogan doesn’t worry about disharmony. All the architects involved share a bent toward simplicity and the houses won’t be visible to each other because of the way the lots are separated, he says.

The project is the brainchild of Anton Bilton, founder of London-listed Raven Property Group. He envisions a community of eclectic but like-minded owners, attracted to Ibiza because of its vibe of non-judgmental freedom and looking for a place where their kids can race around the gardens or play tennis with friends—something like a luxury, family-friendly Burning Man for the global elite.

“Imagine a sexy couple with kids,” he says.

Mr. Bilton, 54 years old, shaped the concept from his own experiences. He and his wife, actress and model Lisa Barbuscia (known as “Lisa B”) have five kids, ages 8 to 23 (two are from a previous marriage) and knows what it’s like to spend vacations driving children from house to house looking for entertainment. There is no golf course (Mr. Bilton doesn’t play), but there is a temple (“I’m very spiritual,” he explains).

When they moved to Ibiza in 2009, Mr. Bilton searched the island for a villa to buy, but found a dearth of inventory he liked. Unlike Lake Como or Lake Geneva, which are full of stately old homes, Ibiza’s housing stock is largely the remnants of a peasant farming community, he says. 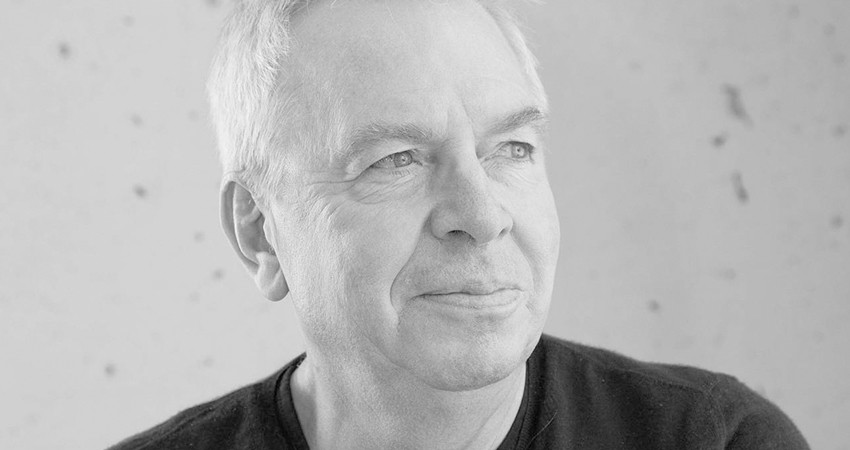 In 2015, he and partners Glyn Hirsch and Agustin del Pino purchased the land for about $50 million. It was a rare find because it was already approved for 177 small homes—a break in what he says has otherwise been a series of bureaucratic challenges. Moving the conceptual drawings of so many architects working in different languages through the local permit process has been lengthy and exhausting, he says. Still, he didn’t want the uniformity that comes with using just one architect. “I wanted to create a collection of beautiful and interesting houses for a collection of beautiful and interesting people,” he says. 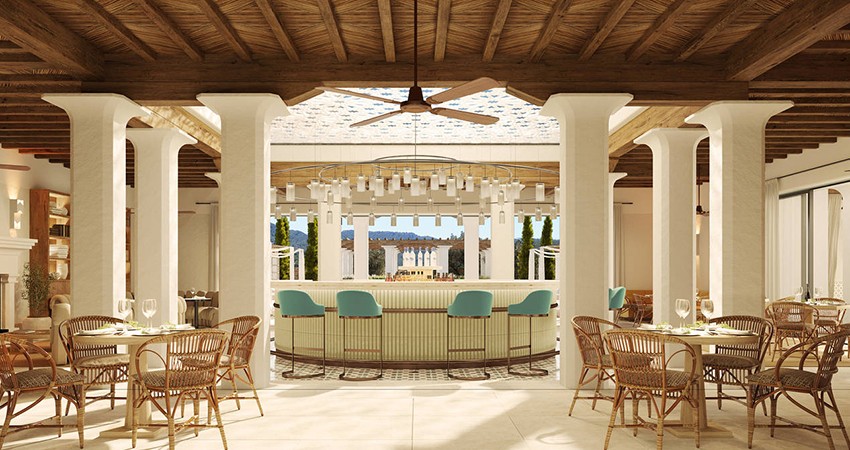 The architects were given a design mandate for the bespoke houses of about 10,700 square feet, with six bedrooms, a wine cellar, a media room, a spa or gym and a swimming pool. Mr. Bilton intends the celebrity architects to work with the buyers to customize the details; he even imagines they might become friends.

No potential buyers have been allowed on the site yet, and no homes have been sold, but four have firm offers and two are close, says Mr. Bilton, including a rock-star and supermodel couple with three children and a grandchild.

One potential buyer is Diana D’Hendecourt, 55, who lives in Rougemont, Switzerland. She plans to spend time at Sabina in May, June and October and rent it out in the peak summer months when she spends time with her family in Greece. The party scene in Ibiza isn’t something that interests her, she says (though it does interest the older two of her three sons, ages 21, 18 and 13). 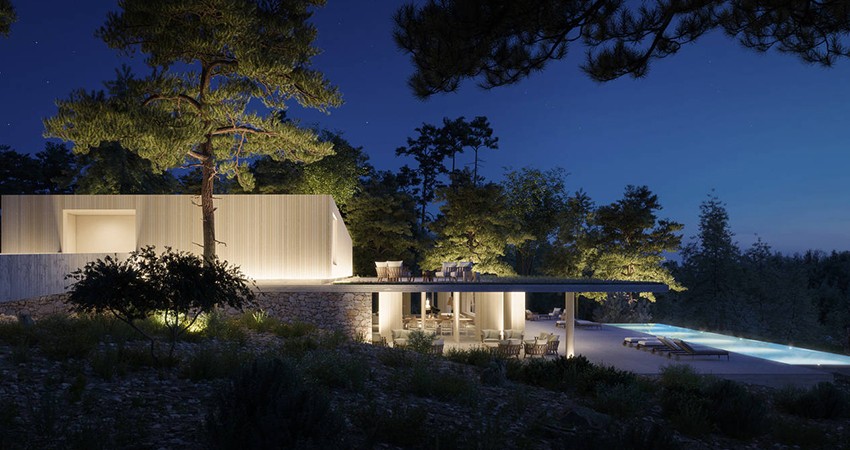 A rendering of the planned design of Brazilian architect Marcio Kogan. PHOTO: SABINA 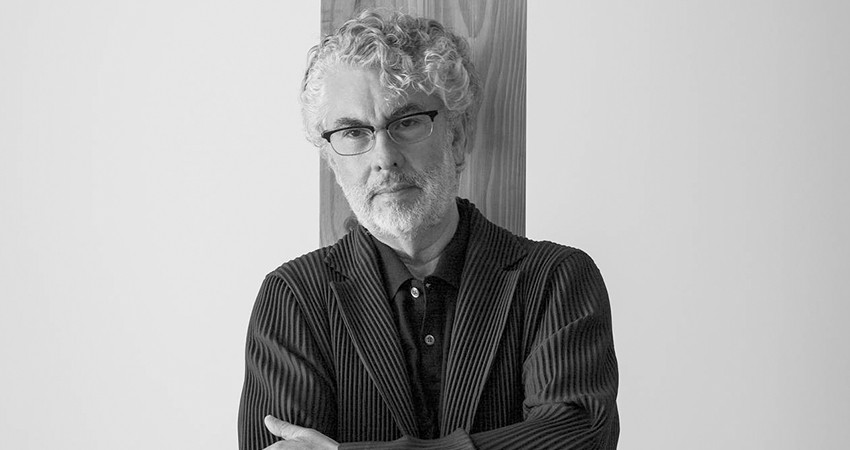 Countess D’Hendecourt knows Mr. Bilton and his friends because he also has a home in Switzerland. For her, the Ibiza property is a short flight away, is easier and less expensive to buy than to build your own place, and offers a compound lifestyle where she can find connections via a walk to the clubhouse. “It is friends of friends of friends,” she says.

The grandson of a wealthy English industrialist, Mr. Bilton is a familiar face in the London media because of his presence at parties attended by British royalty and socialites. He founded Raven in 2005 to invest in warehouse complexes in Russia. He also owns part of a 650-acre, private luxury estate of 90 lakeside second homes with a children’s club and a spa in the Cotswolds called the Lakes by Yoo, where buyers choose from plans designed by Philippe Stark, Jade Jagger and Marcel Wanders, among others.

Mr. Bilton imagines Sabina will be diverse, with about 20% of clients from England, because they tend to vacation on Ibiza, and about 10% Americans, who are used to such resort communities. The rest will be Germans, Swiss, Dutch, Spanish and others. He expects about 20 buyers to be full-time residents. “I don’t see myself as a man of England,” he says, “I see myself as a child of the world.”